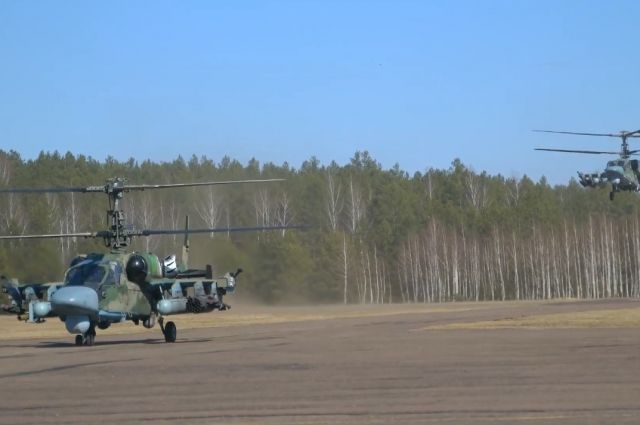 Russian Ka-52 helicopters attacked the positions of the Ukrainian military. A video of the combat work of helicopter pilots of the Western Military District is posted on the Telegram channel of the Russian Ministry of Defense.

According to the ministry, Ka-52 crews fired missiles at identified fortified strongholds and armored vehicles of the Armed Forces of Ukraine. The flights were carried out at extremely low altitude.