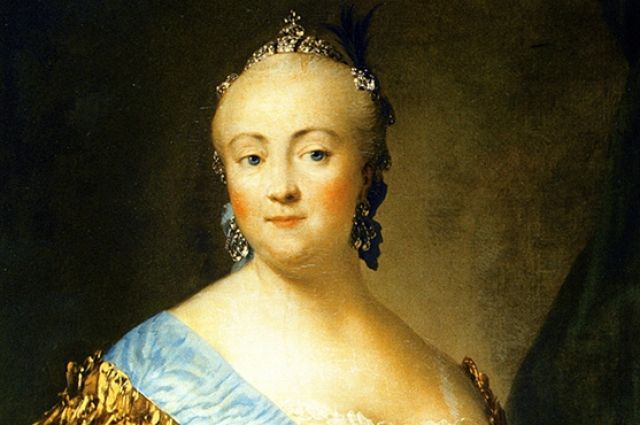 280 years ago, on the night of December 6, 1741, under the arches of the Life Guards Preobrazhensky Regiment the words sounded: “ Guys, you know whose daughter I am. They want to imprison me in a monastery. Follow me! ''

This is how the next palace coup of the 18th century began and very soon ended. The coup was bloodless, which in no small measure contributed to the subsequent softening of morals. The initiator of the coup was given a vow, in case of success, not to execute anyone by death. The word was kept. The personal imperial decree of May 17, 1744 actually abolished the death penalty in Russia.

This decree was signed by Empress Elizabeth . Daughter of the Emperor Peter the Great , which she, in fact, insisted on in her appeal to the Life Guards. She spent twenty years and one month on the Russian throne. It is believed that it was this formulation & mdash; & nbsp; “ held on the throne '' & mdash; & nbsp; describes Elizabeth's reign most correctly.

Many Russian historians flatly deny Peter's daughter any noticeable ability to manage a huge empire. Let's say Nikolay Karamzin in his “ Notes on Ancient and New Russia '' argued: “ The French doctor and several drunken grenadiers elevated daughter Petrova to the throne of the greatest empire in the world with exclamations: 'Death to foreigners! Honor to the Russians! & Rdquo; & nbsp; The first times of this reign were marked by the insolence of the glorious label, the laying of the blue ribbon on the Little Russian singer and the disaster of our state benefactors & mdash; & nbsp; Osterman and Minich , wine which was of the opinion that Elizabeth, idle, voluptuous, could not govern the state well … In general, the reign of Elizabeth was not glorified by any brilliant deeds of the statesman's mind. ''

Representative of the next generation of historians, Vasily Klyuchevsky , to the personality of Elizabeth and to the results of her reign is about the same. Perhaps a little more condescending: “Lazy and capricious, she was frightened by any serious thought, disgusted with any business activity. The map of Europe lay in front of her at her disposal, but she so rarely looked at it that until the end of her life she was confident that it was possible to travel to England by dry road. Elizabeth was an intelligent and kind, but disorderly and wayward Russian lady of the 18th century, who, according to Russian custom, was scolded by many during her lifetime and, according to Russian custom, everyone mourned over her death. Since the reign of Tsarevna Sophia, life has never been so easy in Russia, and no reign has left such a pleasant memory in itself. '' humorous poetic treatise by Alexei Konstantinovich Tolstoy “ The history of the Russian state from Gostomysl to Timashev '':

The Merry Queen
There was Elisabeth:
She sings and has fun,
There is no order.

It's time to summarize. What is not? Order, “ business thoughts '', “ serious studies '', and, most importantly, “ brilliant deeds of the state mind. '' And what is there? A wardrobe of fifteen thousand dresses, a passion for balls and masquerades, long-term hunts and generally all kinds of entertainment. And also the monstrous budget deficit, which, it is believed, was caused by rash spending in the pursuit of luxury and pleasure.

For some mysterious reason, even the most intelligent and discerning people seriously believe that the “ brilliant deeds of the statesman's mind '' must be accompanied by bloodshed. Indeed & mdash; & nbsp; who is a successful sovereign? The one who wages large-scale and, preferably, successful wars, annexes new territories, puts enemies to shame and thereby exalts his Fatherland.

No doubt, all this is necessary. Moreover & mdash; & nbsp; this is really a prerequisite for the exaltation of the Fatherland. Necessary & mdash; Yes. But is it enough?

And here it is already necessary to think carefully. During the time of Elizabeth, Russia entered the conditional club of the Great Powers of Europe. But this greatness was second-rate. Yes, a strong army. Yes, the fleet. Yes, an enviable and reliable trading partner. What else is there in this mysterious northern country? What can Russia boast of? Writers? Musicians? Composers? Scientists? Artists? Playwrights? Philosophers?

The times when our country will surprise and amaze the whole world with the names of Tolstoy, Tchaikovsky, Mendeleev, Levitan, Chekhov and Berdyaev will come. In about a hundred and a half years.

And in the time of Elizabeth, in this regard, Russia was a desert, where there was nothing at all. However, as you know, a long road begins with a small step. It was under Elizabeth, or rather, at her whim, that Russia set foot on this path. What reasons guided the “ merry queen '' is not so important. Even the motivation “ I want it to be no worse than that of people '' is also worthy of attention. Because the steps, if you look at it properly, were not so small.

All this & mdash; & nbsp; things for growth. They require large investments, make a hole in the budget here and now, and you have to wait for a very, very long time to return. But with the right approach, the result will justify everything, even the most daring expectations.

The foundations of the future cultural greatness of Russia were laid just under Elizabeth. And it's time, finally, to get used to making an amendment in the mind about the “ brilliant deeds of the statesman's mind. '' Because investments in science and culture are no less important than investments in the army and industry.