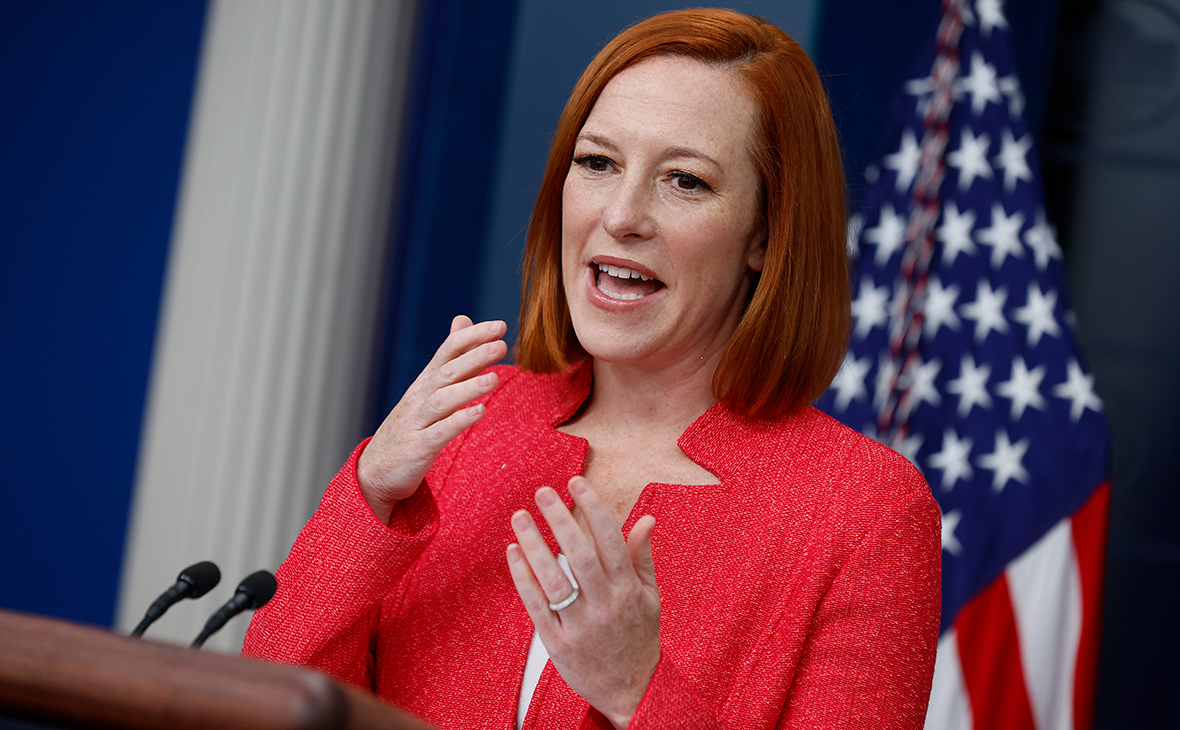 Jen Psaki to Ukraine, which should take place between mid-January and mid-February, White House Press Secretary Jen Psaki said at a briefing.

“We are concerned that the Russian government is preparing an invasion. We have seen this before, as it did in 2014, including sabotage and information operations to accuse Ukraine of preparing imminent attacks on Russian forces in eastern Ukraine. The Russian military plans to start such activity a few weeks before the military invasion, which could begin between mid-January and mid-February, — said Psaki.

According to her, the White House has information that Russia has prepared in advance a special group trained in urban combat and explosives skills to sabotage “its own puppet forces.” Psaki also stated that “Russian agents of influence” began fabricating provocations in state-run media and the internet to “justify Russian interference and sow division in Ukraine.”

“For example, Russian officials and agents of influence focus on stories about the deterioration of the human rights situation in Ukraine and the strengthening of the militant moods of Ukrainian leaders, — tagged Psaki.

Social media, Psaki continued, circulates messages promoting Russian patriotism and Russia's ability to address humanitarian and social issues in Ukraine. In December, the number of such messages reached an average of 2,500 per day, which is twice as high as in November.

She confirmed that Russia is preparing an operation in Ukraine “under someone else's flag» to form an excuse to invade.

Earlier, the press secretary of the President of Russia, Dmitry Peskov, called publications in the Western media about the allegedly impending “Russian provocation” in Ukraine unfounded. “Until now, all these statements were unfounded and have not been confirmed by anything,” — he emphasized.

Earlier, National Security Adviser to the President of the United States, Jake Sullivan, announced that Washington had relevant intelligence. “Russia is laying the groundwork for being able to fabricate a pretext for an invasion,” — Sullivan stated. CNN, citing an unnamed American official, reported that the United States has information that Moscow is preparing a “task force to conduct an operation in eastern Ukraine under a false flag.”

The Main Intelligence Directorate of the Ministry of Defense (GUR MO) of Ukraine stated that the Russian special services are preparing provocations against their own military personnel in order to blame Ukraine for this. Venue— Transnistria.

The flow of publications in the Western, primarily American, press began at the end of October. The media, followed by officials, claimed that Russia had assembled a group on the borders with Ukraine for an “invasion”. Contradictory statements were made on the Ukrainian side, high-ranking Ukrainian officials repeatedly stated that they did not see a threat.

December 15, 2021 Secretary of the Security and Defense Council of Ukraine ( NSDC) Oleksiy Danilov said that so far there are no signs that the “invasion” inevitably. On December 30, he again stated that there was no threat. “If we talk about a significant buildup [of Russian troops] that some foreign media insist on, then I will say again that we do not see this. To date, we do not see any threats to open aggression from Russia,»,— stressed the secretary of the National Security and Defense Council.

The Kremlin has repeatedly stated that no “invasion” he is not going to take on Ukraine, and he called information about this an element of the information war.