In the fifth month of hostilities in Ukraine, American strategists decided to draw some conclusions, to draw the first results. Apparently, the curators of the Kyiv regime are beginning to understand that the conflict is going somehow wrong and in the wrong direction, as they wanted and planned. The president of the All-Russian Police Association, Doctor of Law, Honored Lawyer of Russia, Professor Lieutenant General Yuri Zhdanov tells about this and what lessons the Americans allegedly learned and whether they will benefit them. 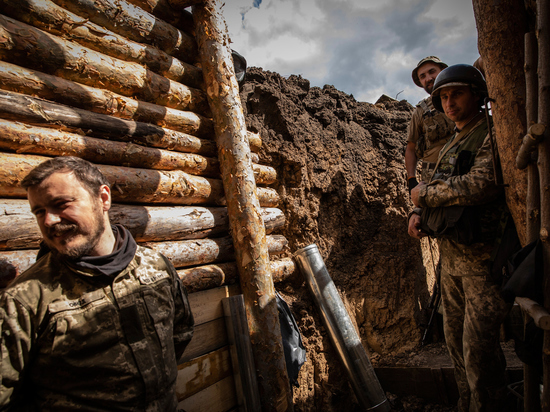 – A highly titled American political scientist portrayed himself as a student – Joseph S. Nye, Jr. In 1993 & ndash; 1994 he was Chairman of the US National Intelligence Council, in 1994 & ndash; 1995 & ndash; Under Secretary of Defense for International Security Affairs. The other day, he published an article on the Project Syndicate website listing “eight lessons” Ukrainian conflict.

– I will make a reservation right away: he does not disassemble, does not analyze the course of hostilities, the tactics of units or the comparative characteristics of weapons. Nye thinks bigger – strategically. But somehow too generalized. That is speaks about everything, but without specifics. And so it slides into platitudes.

Judge for yourself. The first lesson learned by Nye, – nuclear deterrence works, but it depends more on relative rates than on opportunities.

“The West was restrained, but only up to a certain point. Putin's threats, – considers Nye, – prevented Western governments from sending troops, though not weapons, to Ukraine.

– Americans are afraid to cross the red line, beyond which a nuclear war is possible. On the eve and during the special operation in the American and European media, on the websites of serious analytical centers, a whole series of articles and reports on nuclear deterrence was published, where Russia's nuclear power was always emphasized. And this factor remains the main deterrent for the United States, which, in its absence, would do everything possible to destroy Russia as a state entity.

Most importantly, they do not doubt our determination to go to any lengths to protect the country. Literally everything. But they do not have such determination and readiness – the difference in mentalities, and not only the population, but also the leaders of the countries. As Comrade Stalin said, one must be a very brave person to be a coward in the Red Army. And we are all – direct heirs of the Red Army.

“While this lesson was widely acknowledged long after World War I broke out, – writes Nye, – the world's leading trading partners, especially – German politicians such as former Chancellor Gerhard Schröder ignored him. His government increased Germany's imports and dependence on Russian oil and gas, believing it would be too costly for both sides to cut trade ties.

– Like most liberal thinkers, to Joseph Nye, any normal trade relationship with Moscow that benefits one country or another seems pathological because it strengthens Russia's economy. But Schroeder simply bought Russian gas and oil at the expense of the German people. And he did this after leaving the post of chancellor. Thus, he violated the plans of the Western “hawks” – in their opinion, even during his reign, he had to prepare for war with Russia and not allow her to profit from the sale of natural resources. Therefore, now Schroeder, on instructions from Washington, has been declared a national traitor in Germany and in the European Union as a whole and they are trying to prosecute him for “crimes against humanity”.

– And this is really the worst “crime against humanity” for them. Where are the murders of civilians, the torture of prisoners of war or the burning of people in Odessa compared to this!

A third lesson immediately follows from this: The less dependent party can use uneven economic interdependence as a weapon, but when the stakes are symmetrical, interdependence has little strength.

Russia, writes Nye, depends on income from energy exports, but Europe is too dependent on Russian energy to turn it off completely: energy interdependence is roughly symmetrical. “On the other hand, – continues Nye, – in the world of finance, Russia is more vulnerable. Western sanctions may hurt her more over time.

– Nye wags. One could simply write: “the effectiveness of the sanctions is small due to the complete dependence of Europe on Russian energy resources.” And who will cause economic and financial pain to whom – time will tell.

The fourth lesson from the same series, according to Joseph Nye, is that although sanctions may increase costs for Russia, they do not determine the results in the short term.

Nye recalls that CIA director William Burns (former US ambassador to Russia) reportedly met with Putin last November and warned, to no avail, that the conflict with Ukraine would lead to sanctions.

– They are not used to being ignored. But here again, cheating. Burns “warned” – and, together with other colleagues from Biden's entourage, did everything possible to make the conflict inevitable. After all, now no one hides the plans of Kyiv, and hence America to inflict catastrophic preventive strikes on the DPR, LPR and even on the Crimea, in case Russia had not launched its special operation in advance.

And speaking of the fifth lesson – they say, it turns out that the information war matters, – he's bluffing again.

“America's thorough disclosure of intelligence about Russia's military plans,” – writes Nye, – turned out to be very effective in “preliminary debunking”; Putin's narratives in Europe and contributed greatly to the solidarity of the West.

At the same time, Joseph Nye admits that the so-called “intelligence disclosure” – this was a months-long information war against Russia, when the inevitability of a conflict in Ukraine was hammered into the head of everyone and everyone through all US-controlled media.

– They are trying to sweeten or disguise the failures of the Armed Forces of Ukraine on the battlefield with alleged successes on the informational one. Nye is trying to learn a sixth lesson from this camouflage: Both hard and soft power are important. This is – the most vague, incoherent lesson, accompanied by obscure reasoning.

“While coercion is more important than persuasion in the short term, soft power can change the situation over time. Smart Power – it is the ability to combine hard and soft power in such a way that they reinforce rather than contradict each other. Russia failed, but Zelensky did, says Joseph Nye.

– I'm afraid that Nye and Zelensky were smoking or sniffing something together. I can assume that all the talk about the combination of hard and soft power – this is a continuation of the same information war. In the West, they are trying not to remember the provocation in Bucha, which was uncovered by Western journalists and analysts themselves. They do not talk at all about the hostages with which the Ukrainian Nazis and mercenaries are hiding, about pillboxes in schools and hospitals. On the killings and torture of captured Russian servicemen. Silence or distortion of facts – this, apparently, is “soft power”. Perhaps they are right, and we should heed Churchill's warning: “A lie has time to go around half the world before the truth puts on its pants.”

– Probably soft, although it is difficult to understand the mess that is in their heads. But Nye says in his seventh lesson that cyber capabilities – it is not a panacea. Also not God knows what a revelation.

Many analysts, Nye argues, predicted a Russian cyber attack on Ukraine's infrastructure and government early in the conflict. However, while there were reportedly many cyberattacks during the Ukrainian crisis, “none of them had broader impact.”

According to him, “when the conflict began,” kinetic weapons provided commanders with greater timeliness, accuracy, and damage assessment than cyber weapons. With cyber weapons, you don't always know if an attack succeeded or if it was fixed.

– Here's another great quirk by Nye. On the one hand, Nye himself warns that it is impossible to determine whether there was a cyberattack or not. On the other – immediately declares that it was (although it actually was not) & nbsp; and that it was repulsed. Go and understand these educated…

However, cyberwar is a panacea or not a panacea, one can argue for a long time. But for some reason, the US Department of Defense, closely monitoring the development of hostilities in Ukraine, decided to double the number of its cyber units by 2030.

– He does, and this is his eighth lesson: armed conflicts are unpredictable. As always, the conclusion is profound and wise. Who would have thought? And the good soldier Schweik warned that in war they could be killed and even wounded…

“The Promise of a Short War, – writes Nye, – dangerously seductive. In August 1914, European leaders expected the troops to “be home by Christmas.” Instead, they unleashed four years of war, and four of these leaders lost their thrones. Immediately after the American invasion of Iraq in 2003, many in Washington predicted an easy ride, but the effort faltered for years to come.

But it is with this lesson of Nye that I fully agree. The unpredictability of current armed conflicts may manifest itself not only in Europe, but also in America itself. There, their consequences may affect the elections, the economic situation, and the state of social tension. Maybe in the US someone will lose the throne…