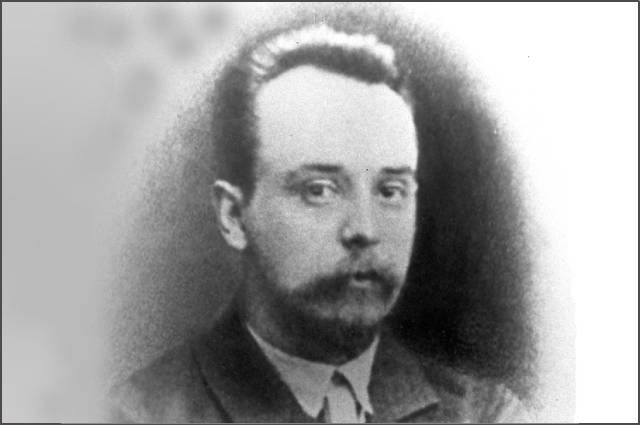 A modern vision of the revolutionary of 1917, reinforced by films and TV series — a nihilist, a destroyer of foundations, who does not carry anything positive in himself. Reality is much more complicated. The people who stormed the Winter Palace knew what kind of world they wanted to build.

Whenever you charge your favorite smartphone, turn on the microwave or send things to the washing machine, remember — all this became real thanks to a man whose name is known only to a few today. A person who was the closest associate of Lenin.

If the employers of the tsarist era spoke modern language, they would say: “What are you, Krzhizhanovsky? And why don't you live in peace? Imagine Thomas Edisonin a leather jacket with a Mauser, and you can get a distant portraitof Gleb Krzhizhanovsky.

He was born on January 24, 1872 in Samara in the family of a Russified Pole and a Russified German. Despite the noble origin, the Krzhizhanovsky family did not live well, and a student of a real school, Krzhizhanovsky, earned a living by private lessons, trying to drive knowledge into the heads of young men from more affluent families. Despite this, Gleb graduated from the real school with honors. And the teachers said: “Krzhizhanovsky will go far!”

Not for himself, but for the people

And he went — first to a Marxist circle, and then to the Union of Struggle for the Emancipation of the Working Class, where an engineering student crossed paths with a law student named Vladimir Ulyanov.

In 1895, the tsarist secret services defeated the Soyuz. The employees in charge of the case shook their heads: Krzhizhanovsky graduated with honors from St. Petersburg Technological University, he could have made an excellent career, why would he need trouble? And Gleb stubbornly shook his head: “You need to live not for yourself, but for the people.” .jpg “height =” 588 “width =” 800 “STYLE =” DISPLAY: BLOCK; ” />

Members of the St. Petersburg Union of Struggle for the Emancipation of the Working Class (1897), Krzhizhanovsky sits second from the left (to the right of Lenin), 1897. Photo: Public Domain

In the transit prison, he translated Varshavyanka into Russian, while in exile he made further plans for the revolutionary struggle and at the same time proposed improvements in the work of the railway, where he was allowed to work as a mechanic. Despite the status of an exile, in a couple of years he made a career from a locksmith to the head of a railway section. Someone might have thought that Krzhizhanovsky “calmed down.”

Nothing happened. A brilliant engineer, he could simultaneously solve the problems of the Electric Lighting Society and develop ammunition for the party's combat cell. When the secret police once again came for Krzhizhanovsky, he fled from the detective to another city, easily finding a job.

“Confidential. Count of the Russian Empire, His Excellency Orlov-Davydov.Your Excellency, invoking the grace of God upon you, I ask you to accept the archpastoral notice: on your hereditary ancestral possessions, projectors with the apostate engineer Krzhizhanovsky are designing the construction of a dam and a large electric power station. Show mercy to destroy sedition in conception, », — said in one of the denunciations of Lenin's ally. But it had nothing to do with revolutionary activity. Krzhizhanovsky tried to implement a hydroelectric project in Tsarist Russia and stumbled upon the fierce resistance of zealots of antiquity.

Today, fans of “The Russia We Lost” love to gossip — electrification was invented under Nicholas II, industrialization too, and the metro… Indeed, tsarist Russia was a graveyard of daring projects that were cut down in the bud by zealots of “Orthodoxy and nationality.”

The great science fiction writer Wells did not believe in this

Krzhizhanovsky had no chance of ceasing to be a revolutionary, because the realization of his dream did not fit into the framework of the power of the Romanov dynasty.

In 1919, Comrade Krzhizhanovsky, a member of the leadership of the new, Soviet Russia, moved into a small Moscow apartment, which did not even have enough firewood to heat it. Denikin went to Moscow, the Western press wrote that the days of the Bolsheviks were numbered. Krzhizhanovsky, on the other hand, came to a meeting with Lenin with a bunch of plans for electrification.

When the famous science fiction writer HG Wellsheard from Lenin about the intention to fully electrify a country like Russia, he defined the leader as a “Kremlin dreamer”, considering the plan utopian: “Can you imagine a more daring project in this vast, flat, forested country inhabited by illiterate sources of water energy, which does not have technically literate people, in which trade and industry have almost died out? Such electrification projects are now being carried out in Holland, they are being discussed in England, and one can easily imagine that in these densely populated countries with highly developed industry, electrification will prove successful, profitable and generally beneficial. But the implementation of such projects in Russia can only be imagined with the help of super-fantasy.

But he underestimated Krzhizhanovsky.

A jump into the future

Becoming the chairman of the State Commission for Electrification of Russia (GOELRO), he managed to carry out an unprecedented project. If in 1917 there were 75 power plants in Russia, then by 1927 there were 858 of them. If by the time of the revolution less than 550 settlements received electric light, then by the 10th anniversary of October there were 89 & nbsp; 739!

Everything that happened afterwards — industrialization, a technical breakthrough, the winning military equipment of the Great Patriotic War, any of our successes — they were based on that Great Electrification.

HG Wells, who arrived in the 1930s, saw the changes and admitted his complete defeat.

Krzhizhanovsky, who was the first chairman of the State Planning Committee and a participant in the creation first breakthrough plans for economic development, since the late 1930s he went into the shadows, leading the Energy Institute of the Academy of Sciences, which he himself created.

The main business of life

The father of the Soviet energy industry had a rather difficult relationship with Stalin, but despite this, Krzhizhanovsky's repressions were bypassed. But again they remembered him only after the death of the leader.

In 1957, Krzhizhanovsky was awarded the title of Hero of Socialist Labor. This is the same case when the award in his declining years turned out to be not “anniversary”, but more than well-deserved.

He died in 1959 at the age of 87, having outlived most of his colleagues in the revolution, and rested in the necropolis near the Kremlin wall.

He could well, like Edison, become a multimillionaire, a world legend, for he was not inferior to him either in talent or in work capacity. But Gleb Krzhizhanovsky wanted another — give us all light and warmth. And he did this work of life brilliantly.