The United States is working with its European allies on a “comprehensive” package of measures to prevent Russia from invading Ukraine. Earlier, the State Department warned that in case of aggression, they would accept sanctions, which were not there before. 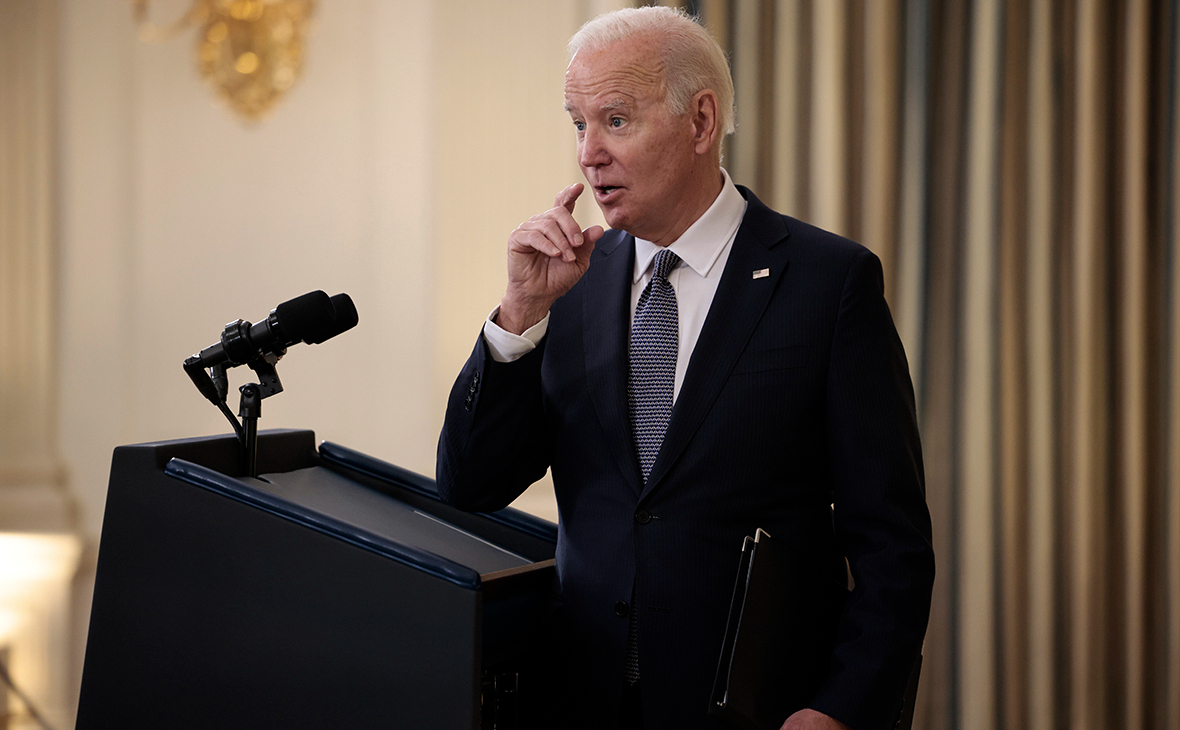 US President Joe Biden is coordinating with his European allies to prevent Russia from invading Ukraine. The American president said this during a briefing, reports Bloomberg.

“What I’m doing is designing what I believe will be the most comprehensive and meaningful package of measures designed to make it difficult, very difficult for Mr. [Russian President Vladimir] Putin to do what people fear”, “mdash; he said.

In late November, the Pentagon accused Russia of continuing to pull its armed forces towards the border with Ukraine. Department spokesman John Kirby noted that the United States is “ very concerned '' refer to the maneuvers of the Russian army, and urged Moscow to be “ more transparent '' about troop movements.

The first to warn about the threat of Russia's invasion of Ukraine were American publications. So, at the end of October, The Washington Post, citing officials from the United States and the European Union, reported “ unusual movements of equipment '' Russian army. Then, in early November, Politico released satellite imagery. According to the newspaper, they filmed an accumulation of Russian tanks 250 km from the border with Ukraine in the Smolensk region. At the end of November, The New York Times, citing sources, reported that US intelligence is serious about the threat of a Russian invasion. American officials suggested that the aggression could happen with the onset of cold weather, broadcast their words CBS News without names.

The press secretary of the Russian President Dmitry Peskov pointed out in response that the movements of the Russian army within its borders are an internal matter of the country. Security Council Secretary Nikolai Patrushev said that the Russian army does not conduct unreasonable movements near the border with Ukraine. The head of the Foreign Intelligence Service (SVR), Sergei Naryshkin, called the data on a possible Russian invasion of Ukraine a “ malicious propaganda action. '' The State Department, which is trying to provoke a conflict. Russian President Vladimir Putin said that materials about possible aggression are “ alarma '' character.

In early December, the head of the State Department, Anthony Blinken, warned that effective sanctions would be imposed against Russia in the event of aggression, which Washington had previously refrained from using. Among them, he said, there will be economic sanctions. “ We don't know if President [Vladimir] Putin made the decision to invade. We know that he creates the potential to do so in a short time if he decides to, & raquo ;, & mdash; he pointed out.

Russian Foreign Minister Sergei Lavrov assured that Moscow will respond to the sanctions if they are introduced. “ This is a dead-end road, and ultimately it will turn against the very initiators of these illegitimate unilateral measures, '' & mdash; he believes.

Ukrainian Foreign Minister Dmitry Kuleba said that the country's armed forces have become stronger since 2014. “ If Russia still decides to go to war, then it will have to count on an extremely large number of dead Russian soldiers, which cannot be compared with 2014. It will be a massacre & raquo;, & mdash; the minister said, expressing confidence that Moscow believes the same.

According to the Ukrainian Foreign Ministry, the Russian army deployed military hospitals near the border with Ukraine in the spring, which, according to the minister, indicates that Russia understands the risk of large losses. “ If there is an order to attack Ukraine, it will already be a war of a completely different level, '' & mdash; he concluded.

Subscribe to VK RBC Receive news faster than anyone